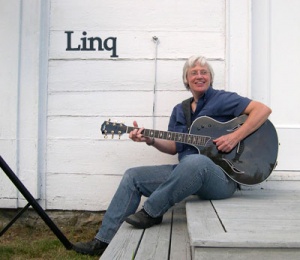 Royalston-based singer-songwriter Linq provides an eclectic mix of folk, rock, and a touch of blues.  She came of age in the turbulent sixties, but don’t expect some wide-eyed hippie in tie-dye cooing about love and daisies. Her music may inspire you to dance around or call your congressperson, some at the same time.

Linq’s unconventional journey, leaving a lucrative career as a pharmacist and pharmacy owner to jump on stage at 55 because her music needed to be shared, has resulted in worldwide airplay, radio interviews, and multiple music nominations and awards.

Linq’s stories are varied, edgy and uniquely her own, so don’t miss this chance to hear them in person.

Become a Member of GALA!

Membership and contributions provide the resources, both human and financial, to reach our goal of strengthening the arts in our community. We welcome your participation.