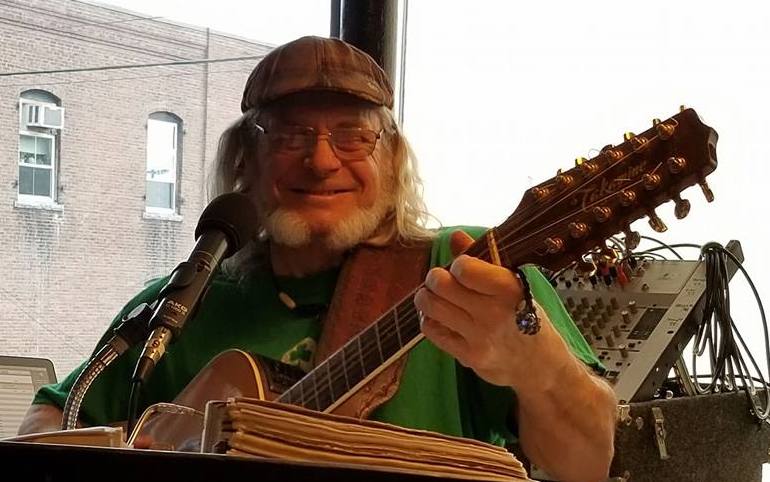 A seasoned musician entertainer, Garold Amadon accompanies himself on acoustic twelve string guitar in a powerful vocal performance. In true troubadour spirit, his pictorial introductions possess a unique edge that shapes each of his lyrical compositions into captivating ballads.

Amadon hails from Athol, Massachusetts, a small river town in the stony hills of the North-central area of the state, near the Vermont-New Hampshire border. Throughout the 70’s, the entertainment scene in New England sparked Garold’s strong desire to travel and bring his music to college towns and resort areas. Before leaving there he averaged 150 club dates per year and accumulated over 60 performances in musical theatre in several lead roles with two community theatre groups.

Garold performed throughout the 80’s in Detroit, Michigan and area suburbs as a full time nightspot entertainer as well as an independent contract performer. Averaging 240 performance dates per year and arranging an ever growing repertoire of over 1000 popular contemporary songs, he used his stage time to intertwine more original material into his performances.

In 1981 Garold introduced “Gibbon the Troubadour” to the Michigan Renaissance Festival, where he performed seven weekends in August and September for 22 seasons over 25 years. Gibbon the Troubadour is a “twenty-first century caricature of a sixteenth century minstrel”. His character has developed over the years into an intriguing balladeer with a lively nautical theme. Since 1988, the National Renaissance Festival circuit provided the perfect atmosphere to showcase “Gibbon” while establishing a strong performance schedule outside the Festivals.

After taking time off from the road these last seven years to regroup and prepare four new CD projects, Garold is ready to reestablish himself in the performance field of entertainment. In his night spot appearance, Garold will swing you from a light jazzy format to heartfelt original versions of 70’s folk-rock ballads. He’ll set you sailing across the wild briny ocean swells with rich samples of original and traditional seafarin’ tunes that are sure to raise many a tankard in stouthearted fashion.

Become a Member of GALA!

Membership and contributions provide the resources, both human and financial, to reach our goal of strengthening the arts in our community. We welcome your participation.